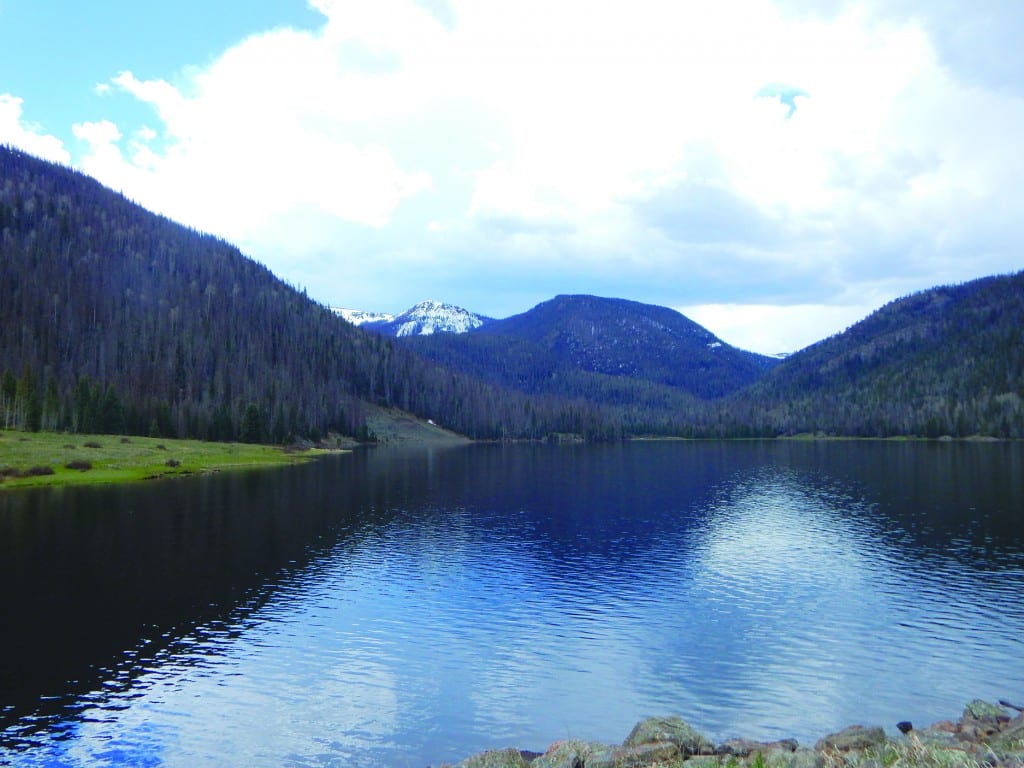 SOUTH FORK— According to reports provided by Colorado Parks and Wildlife Aquatic Engineer Estevan Vigil, fishing in the Rio Grande basin will be decent for most of the summer season. Vigil stated that the precipitation for the year is at about 47 percent compared to previous years, which is the lowest it has been for well over 20 years. “We are concerned about water for the local fisheries throughout the Valley, not just in the Rio Grande area. As far as we can see the reservoirs will be full and will get us through most of the summer,” said Vigil.

“Fishing is going to be pretty good, especially early in the year. We are still hoping to have a wet start to the summer to help increase the water levels in the rivers and streams,” continued Vigil. He continued, stating that if the coming months do not bring moisture the chances of having a season as good as last year are slim to none. “The thing is, if we don’t get any more moisture, or not enough to fill the water levels, the temperature of the water will increase, stressing the fish out, which results in the fish not wanting to eat.”

During the time, when and if, the fish are stressed and are caught by anglers, Vigil suggests using a little extra tender love and care when releasing them back into the water. “We really are looking at a pretty good year fishing wise,” said Vigil.

The lakes around the South Fork area and the Rio Grande heading down towards Del Norte will be prime fishing locations throughout the entire year. According to Vigil, the only reservoir receiving a make over this year is Rio Grande reservoir near Creede. “The lake will be drained down to a pond size body of water, while crews work on dam repair. The fishing is still expected to be decent,” explained Vigil.

As far as the other reservoirs are concerned, Beaver Creek, which came back last year has become a favorite once again. “People really enjoy that reservoir and missed it when it was down for repairs. The season up there has been great with hundreds of ice fisherman coming to the area. For the summer season, we will be stocking Brown Trout and Kokanee Salmon which will both be small this year, but by next year will be catchable.” The reservoir will also be getting 10-inch Rainbow Trout.

Big Meadows, another extremely popular destination for local and visiting fishermen, will be stocked with Rainbow Trout and is expected to have a normal year. “Big Meadows is probably our most popular destination for people, so we make sure to stock it as often as we can throughout the year. Most of the fish in that reservoir are of catchable size because of how often it is stocked.”

Road Canyon, Rito Hando and Continental reservoirs will be great places to go for small brook trout. According to Vigil, “This is one of my most favorite places to go and people really seem to enjoy the area. In this area we will be putting in about 40,000 cut throat trout high-breeds.”

Vigil continued to relate the fact that though they can not predict the weather for the next several months, the fishing in and around the South Fork area should be great for most of the summer unless temperatures and lack of moisture cause it to decline. “Overall we expect high productivity in the area and water levels will be okay for most of the summer. Let’s just hope for rain,” finished Vigil.