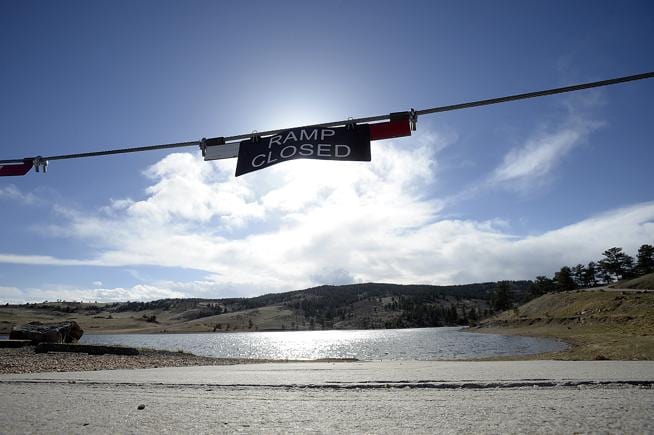 Boaters in Colorado would have to pony up as part of an effort to continue staving off an invasive mussel infestation in the state — which officials say would be crippling to recreation and infrastructure — under a measure that faces one more hurdle before making it to the governor’s desk.

The state Senate passed House Bill 1008 by a 24-10 vote on Tuesday. The legislation now heads back to the House before going to Gov. John Hickenlooper.

The Mussel-Free Colorado Act would force Colorado motor- and sail-boaters using the state’s waterways to pay an annual $25 aquatic nuisance fee on top of registration costs starting next year, which would go to fund a program to prevent the mussel’s spread. Out-of-state boaters in Colorado would have to pay $50 yearly for the fee if Hickenlooper signs the bill.

The legislation, which has won bipartisan support, also boosts financial penalties for anyone who violates Colorado aquatic nuisance species laws and allows officials to recoup costs for storing and decontaminating vessels that are quarantined because of suspected mussel contamination.

State wildlife officials have been fearful for years of the prospect of an invasive zebra or quagga mussel takeover of Colorado’s waters. The mussels, when grown, can clog pipes, harm fish and hamper hydroelectric power generation. They have impacted other states — including those in the West neighboring Colorado.

Last summer, quagga mussel larvae were discovered in Summit County’s Green Mountain reservoir, setting off alarm bells. So far, however, Colorado has not seen an outbreak of the mussels.

“We are lucky thus far that we are still considered a mussel-free state,” said Sen. Kerry Donovan, a Vail Democrat who is one of the bill’s prime sponsors. “But let’s be cautious about what that title means, because just last summer, due to funding constraints, we decreased the inspection and enforcement program at boat ramps throughout the state.”

Legislators backing the measure hope it can shore up the inspection program’s funding. Legislative budget analysts estimate it could draw in nearly $5 million over the next two years.

Some Republicans, however, questioned the extra financial burden on boaters.

“Really, it’s a tax on all boaters in Colorado,” Sen. Tim Neville, R-Littleton, said on the Senate floor. “One of the things I find egregious about this is we have out of state boaters who come in and use our facilities and we don’t charge them $25. We actually charge them $50. … I don’t find that very neighborly by Colorado.”

Colorado Parks and Wildlife says the number of motorboats and sailboats infested with zebra and quagga mussels that inspectors intercept each year has been on the rise.

Last year, there were 26 boats found to be infested with adult mussels coming from out of state.