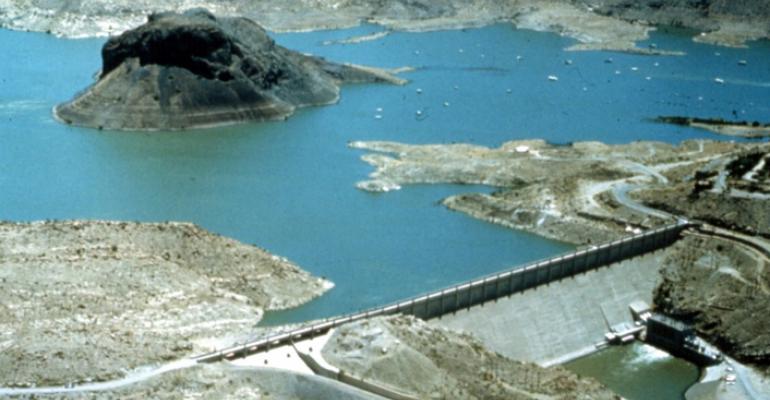 The issue of water rights of the Rio Grande between Texas, New Mexico and Colorado is controlled by a 1938 Rio Grande Compact between the three states but is managed by the Bureau of Reclamation who must dedicate a portion of those waters to Mexico as obligated by the treaty agreement.

U.S. Supreme Court Justices ruled unanimously last week that the U.S. Bureau of Reclamation can intervene in a tri-state water case involving distribution and management of waters of the Rio Grande River because the federal agency is obligated to manage a portion of that water dedicated for delivery to Mexico as part of an international water treaty between the two nations.

The issue of water rights of the Rio Grande between Texas, New Mexico and Colorado is controlled by a 1938 Rio Grande Compact between the three states but is managed by the Bureau of Reclamation who must dedicate a portion of those waters to Mexico as obligated by the treaty agreement.

Attorneys representing the states of Colorado, New Mexico and Texas offered opening arguments before the Supreme Court in early January over the way Rio Grande River water is apportioned and delivered to each state by the tri-state Compact, which outlines not only the rights of water flowing down the river but how that water will be divided between the parties of the agreement.

In the lawsuit officials representing Texas, the plaintiff in the case, argued that taking the case to the high court became necessary when New Mexico failed to address concerns that using and depleting ground water in the river’s watershed subtracted from their apportionment dedicated for delivery to Texas by the Compact.

New Mexico had filed a motion to dismiss Texas’ lawsuit, but last July a ‘special master’ appointed by the Supreme Court was charged to investigate the case, and he recommended the court reject that motion and allow the case to proceed.

During the arguments of the Jan. 8 hearing, both New Mexico and Colorado attorneys also objected to allowing federal officials to participate in the case as a principal to the lawsuit because they feared the case could set a new standard for the role the federal government can play in water disputes between states in the years ahead. They argued the federal agency could only participate in an “Amicus brief” role as a friend of the court, and not as a principal of the lawsuit.

Justices were focused on the issue of whether U.S. representatives should be allowed to participate in the arguments since by law and precedent water issues of this nature are the responsibility of the states involved, and not the federal government.

But a U.S. attorney filed a complaint with the special master as an intervening party under authority from the constitution and federal law, and claimed the federal government’s position as an intervening party is appropriate in the case because the U.S. Bureau of Reclamation has an obligation to manage a portion of water collected from the river for delivery to Mexico, and any ruling in the case might affect their ability to meet those treaty obligations.

New Mexico, pointing to the special master’s report, told Justices that they believe the Bureau of Reclamation does has the authority to make a claim based upon reclamation law, or on law related to the water treaty with Mexico, but not as a principal in a lawsuit between states. Legal representatives from Colorado agreed with that argument.

In an opinion last week written by Justice Neil Gorsuch, the High Court Justices believed the federal government should be allowed in the lawsuit to meet its federal water treaty obligations, including the international agreement with Mexico, and that any actions that would go against the Rio Grande Compact would hinder that duty.

The opinion noted that a breach of the Compact could jeopardize the federal government’s ability to perform its Treaty obligations to deliver water to Mexico and therefore the U.S. Department of Justice’s involvement as a principal in the lawsuit will be allowed.

The opinion passed down last week is considered a preliminary matter clarifying the United States’ role in the case, which must now advance with more in-depth arguments expected from the three participating states and federal attorneys representing the U.S. Government in the weeks ahead.